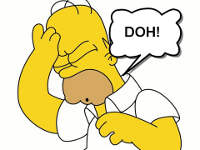 I said over a month ago human stupidity is a bigger pandemic than COVID-19.

This is now running rampant, to the point where I can barely stand to watch my Facebook Feed and may consider closing it, or taking a long break (the later of which I usually do anyway). I stick around because I have quite a few “high level” friends, mainly in marketing who post there and have groups, but rarely post on my own wall. Trying to jolt people out of a coma is an exercise in futility. Most will not think for themselves. Most follow everything put out from one extreme and discount the other. Truth is, both sides of most arguments (especially political) contain loads of bullshit sprinkled in with truth here and there.

Here is a simple test to see if your brain is functioning properly. The question is whether or not restrictions (mainly gatherings) still need to be in place due to COVID-19.

For purposes of this exercise, It doesn’t even matter whether your answer is Yes or No. You pass the first part of the test either way.

On to the next step.

It doesn’t matter if you answered Yes or No to the original question. What does matter is that your answers to the remaining questions are consistent. They all need to be the same as how you answered the top question.

If you think it was okay to have large gatherings for protests, YOU MUST agree the Trump rallies are okay and the rest of the world should resume business. Or to flip it around, if you have an issue with the country reopening, but think gatherings of 20,000 people on Hollywood Blvd crammed within a few blocks (and other places) were just fine, your brain is fried. Please unfollow me on all social media and NEVER come back to this blog again. I have no room for dumb fucks who are unwilling to use their brain and at least come half-way out of a coma.

There is NO MIDDLE GROUND nor reason to explain WHY.

If you think it is not safe to get a haircut, your nails done, or dine out, but okay to gather with hundreds to thousands of others to protest, your brain is short-circuited.

It is perfectly okay if you thought / think the protests were fine, just so long as you also believe the other mentioned gatherings are okay.

Now would be a good time to inject a prediction.

Since society has gone bat-shit crazy and this virus has become political, I’d go out on a limb here and say we won’t see reports of dramatic spikes in areas where protests occurred, but will where states have re-opened. Some dipshit will come up with a cleverly disguised piece of professional bullshit to explain it away. Really – by this very same process of critical thinking, one has to assume they will either be bullshitting about cases spiking up in recently re-opened states, or bullshitting about why cases haven’t spiked in areas where protests took place. It makes ZERO sense we could not have a gathering at the beach or restaurant of a few people, properly spaced apart, yet the protests were perfectly safe from a public health perspective.

Watch for some “professional study” which explains the unadulterated bullshit we may witness, inconsistent with critical thought.

Psychologists & Scientists have come up with fancy terminologies like cognitive dissonance and confirmation bias. There’s even a term to describe the effect of presenting different, compelling sets of evidence multiple times over which has no effect on changing one’s perspective.

This may partially explain why massive amounts of folks get short-circuited when it comes to logic and critical thinking, but for now, let’s skip the fancy science. Legendary copywriter Gary Halbert observed this and had a simple explanation:

“Most people have had so much shit crammed into their brain it has, through force of confinement, actually carbonized into an impenetrable solid mass consuming every square inch of brain space. No new thought can enter; there’s no room, no give.”

PS: From a perspective of whether or not COVID is/was a threat justifying closure of everything, my views remain consistent and expressed through previous articles on this blog. So yes, on that same line of logical thought, peaceful protests in large numbers were perfectly fine.

One thought on “The Carbonized Shit Effect (Again), Faulty Logic, and Zero Tolerance For Stupidity.”