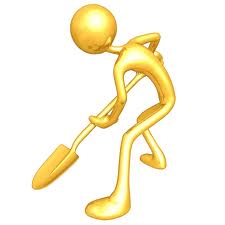 Last week’s Rodeo Drive post showed why building rapport is important. Today, let’s take a skill taught by one of the world’s best copywriters, John Carlton. He calls it digging deep and uses it in his interview process with new clients.

One of my team members called up recently, had a prospect on the line, somewhat interested, but had objections to sales and social interaction.

Since we’re in a relationship building business, that would be a red flag, right?

Anyway, I try to teach my group, if you’ve got a prospect on the line who has a pulse but you aren’t moving forward, three way your upline. So I get on the line and he tells me in a dull voice, “I’m a hard worker, I work 80 hours a week, make some good money, but I’m looking for something else to do. I’m kind of a nerd, I understand your business model and it seems viable, but I just don’t like to go out and talk to people”.

Him: “Yes, but I don’t want to do cold calls or sales”

Me: “Sir, you mentioned you work 80 hours a week and make good money. It doesn’t seem like you’re stuck in a rut working several different jobs just to pay the bills. What is it that you do?”

Me: “Whoa, that sounds pretty rewarding, but having been on the IT side of things myself, it certainly taxes your brain. I also don’t imagine that once you leave that position you will be collecting any residual income from work you have done in the past, is that true?”

Me:  “So I take it there are SOME aspects of your job you enjoy?”

Him: “Yes, I just want to work 80 hours a week doing my own thing and building something of my own.”

Me: “I hate to tell you this, but I don’t think you are going to be able to work 80 hours a week in this business, not until you have a whole team to support and more prospects than you can handle. But the good news is that you can continue to keep your job, put in a few hours a week into this, and then once you’re comfortable, transition over. Plus, the money in the first few months is not that huge. This isn’t really about how many hours you put it, it’s about leveraging the efforts of a large group of people over time”

Him: “Yes, but I’m not really into interacting with people. I’m the type of person that likes to sit behind a desk and computer”

Me: “So I understand that, hey, let me ask you something, and this might be a long shot since you’re a developer, but do you know anything about SEO?”

Him: “Yep, I’m pretty into it, have a lot of friends that do it too, and design pages”

Me: “So let me recap what just happened here: You were online and clicked a link advertising a home-based business. You filled out a form, received an email, watched a video, then 20 minutes later, Ryan called you. You spoke for about a minute, then Ryan got me on the phone, and he basically shut up. Do you think you can do what Ryan just did?

Him (in still a dull tone, but somewhat better than earlier) “Yes”

Me: “And better yet, with your skills in IT, do you think you can find a way to get organic traffic to that page, and if you can do it, there would be a gold-mine in new business for you?”.

So what were you taught?

Sift and sort? Maybe pass on the guy cause he sounded a little dull and refused to be social, and continue to dial on?

As JC said, “The difference between the pros and the rookies is that the pros know how to knock em off the fence”.

I found out what this guy wanted and offered it to him on a silver platter. And, he will most likely turn out to be someone who can blow this thing out of the water, because SEO is not my area of expertise. I paid to get him as a lead, he understood that, and figured out he can find more people like himself without spending anything or talking to anyone.

What will most likely happen?

He’ll send a ton of people he doesn’t even know to the video, I’ll follow-up with them, and once he starts seeing the money roll in, he will probably overcome his reluctance of social interaction, at least to the point where he will call a prospect, not say much, and just get me on the line.

Who knows, maybe after hearing me close a few, he’ll see the bigger picture and be more motivated to learn to do it himself so he can have a whole team duplicating his efforts, but that remains to be seen.

And the question from last week remains, what questions are you asking your prospects about THEMSELVES?

What are you finding out that you can elaborate on?

How are you using this information to make your prospect comfortable with you?

Are you creating pictures in your prospects mind of them doing the business?

Feel free to comment and share how you will start changing your prospecting from “Are you interested” to “Why are you looking” and match the benefits you have with their needs. If you’re already doing this, tell how you progressed (most people do not start out as an expert) and how these techniques are working for you.