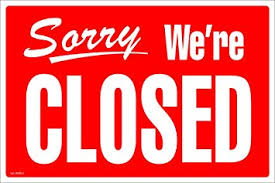 First of all, let’s lay the myth to rest that we needed a global economic shut down for “public health and safety reasons”.

This article shows how their curve remained flat using nothing but common sense: IE: Businesses can remain open but exercise precautions.

Tokyo (never locked down) also appears to be doing much better than NYC (locked down) with only 93 deaths as opposed to 11,000 and Taiwan (close to China) did better than all of us by taking appropriate measures beforehand. Perhaps other countries (including the US) should have followed Taiwan’s lead in prevention. It also seems quite odd Covid death counts in NY increased while death counts due to other causes decreased…

Out of nearly 4 million people in Orange County, CA, the death toll is at 38. Certainly not a number to be frightened over, and yes, I get the “argument” it’s probably that low because precautionary measures were taken. What about on the other side of the county line? Anyone who took a drive or stroll during this “pandemic” can attest to the fact that Skid Row, The Venice Beach Boardwalk and surrounding areas near 3rd and Rose are highly concentrated with highly susceptible homeless encampments very close together. Surely we should have seen an explosion in deaths in Los Angeles, but have not. Perhaps “herd immunity” has developed in these pockets as it did in Sweden.

Here in the US, the same Anthony Fauci (I refuse to call him Doctor, since he has clearly violated the Hippocratic oath) has continually scared

If Obama said the same exact words with the same people on the podium, here’s how half the country would have reacted instead: